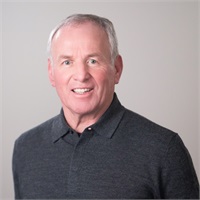 Bill began selling life insurance in 1978, and earned his CFP® designation from the College of Financial Planning in Denver, CO in 1984. This designation allowed Bill to expand his services to include all aspects of financial planning. Focusing on small business owners, Bill began building a client base of companies and individuals looking for personal service and financial advice on a quickly changing market.

Bill’s interest and aptitude for investments helped get him noticed – he was recruited by a national publicly-traded tax preparation and financial planning company in 1998. Bill was given his own office in Salem, Massachusetts, and his growing client base grew even further.

Bill  enjoys being near the ocean. When not watching the stock market or playing handball or golf, Bill likes to spend time with his family